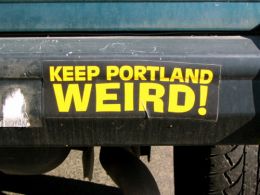 Portlanders are a weird sort of folk.

And I can say this without judgment.  Because I am one.

Personally, I think the weirdness might bear a strange correlation to the fact that we all have Vitamin D deficiencies.

You see, it rains here.  A lot.  Which is why I think it’s kind of funny that there are solar-compacting trash cans on every street corner in downtown Portland.  Really, how weird is that in a city that only sees the sun 2-3 months out of every year? 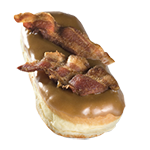 We also host an annual naked bike riding festival.  No, that’s not a typo.  Around here, thousands of stark-naked cyclists take to the streets every year in a glorious display of buttcheeks and two wheels.  You don’t get much funnier, or weirder, than that.  (Sidenote: this is why you should never buy a used bicycle in Portland).

And then there’s the bacon maple bars… kind of a Portland staple.  Given my love of bacon, you think I’d be all over that.  But, really, it just sounds a little weird to me.

So it shouldn’t have surprised me when I came home from work the other day to find something a little odd.

My kids.  In the kiddie pool in the back yard. 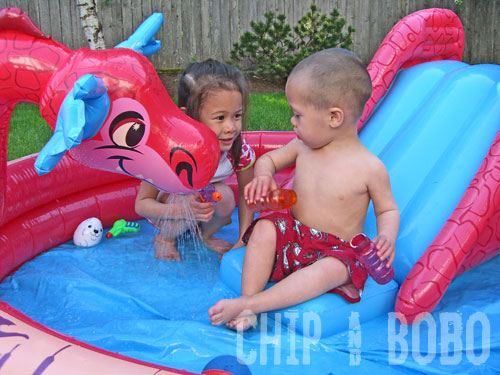 In and of itself, this wouldn’t have been particularly unusual.  It was a sunny day.  The first we’d had in a long time.

But it was also 63 degrees outside.

And, for my kids, that pretty much qualified as a heat wave that demanded some immediate cooling off.  So they cajoled their dad into lugging out the inflatable pool.

So while they showed off their webbed-feet-quirkiness with pride… 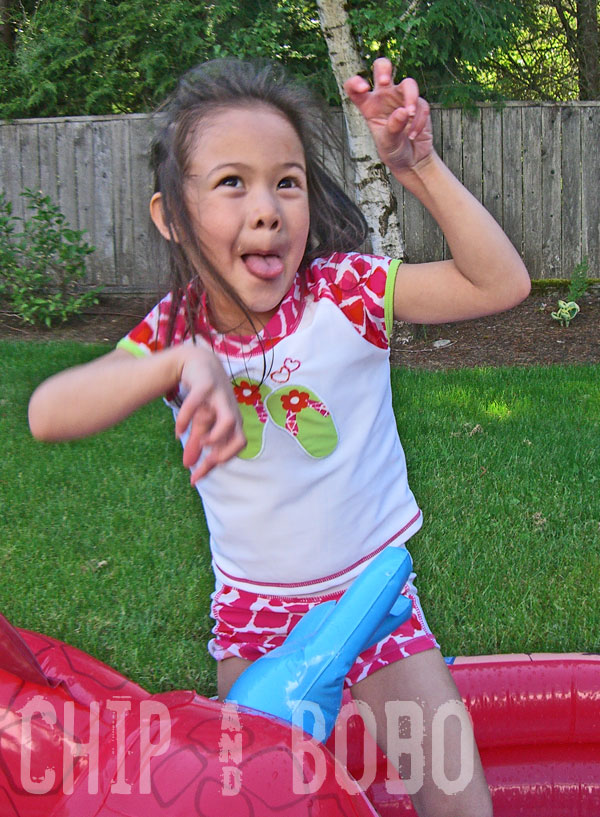 …I had to sit back and laugh.

While the rest of the country dove headlong into summer with legitimately hot temperatures, we Portlanders celebrated the arrival of summer with 60 degree weather.  And a kiddie pool to match the obscenely scorching weather.

Clearly, this sort of mindset can only be attributed to a Vitamin D deficiency.   Either that, or my kids (or their sense of temperature) are just a little bit weird.

Which wouldn’t be such a bad thing, really.

We do live in Portland, after all.